The heart is a muscle that pumps life-giving blood throughout our bodies. Today, I ask what it takes to satisfy the male heart. A touchy subject at times, but the heart has been used for thousands of years to describe the core of who we are, what we feel and the real us! Due to this predetermination, we often hear many question if some human beings even bear a heart. We have all have heard of the term heartless.

Lately I have been thinking about writing on the male heart, however how to approach it I was not sure. I had a brain wave today though and am feeling in the mood to write as I sit on my flight to Cork, to commence my Ireland tour. 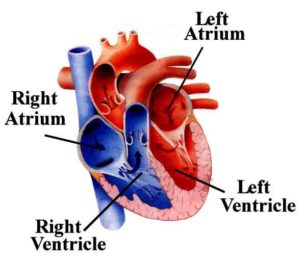 The male heart is the central command for all thoughts, beliefs, desires, affections, conscience, convictions, emotions and motives. And, just like our physical heart, which has four chambers it needs to be consistently filled with life-giving blood and also has four emotional chambers that need to be filled.

These are validation, respect, loyalty, and trust. And I believe it could be argued that the attraction of submissive to dominate women is because there lives may at times lack this; and it is a way to act out these validations in real life! Whether this be to their mistress, lover, pro dome etc.

Men want to be validated by their father. They often want their dad to bless them, approve them and value them for who they are. And not for what they do or don’t do… Personality over performance is vital in validation.

Men also want validation from their wives/ partners for when they use or shine their talents to be taken notice of. If only women breathed life into the man in their life by saying things like, “You did a great job” or “I was so impressed by x,y,z…” But as you know, us females can be hard to please! This is why I believe sometimes guys love to be submissive. As by being submissive, they get to selflessly seek out validation through acts to their desired dom.

Closely linked is also the feeling of being wanted. Yes, men naturally like sex, they are hunter gathers after all…but men also want to be wanted. Sex with an emotionally uninvolved or reluctant wife, who only accommodates her husband to keep him “satisfied,” will never be enough. A man needs to know that his wife wants and desires him. This again can be argued as a reason, as to why men LOVE domination. There is no better way of feeling wanted! The connection is real and like having someone say to you “you are the best ever” or giving you a high five! Fem- Dom role-plays can therefore create confidence building and spill over to a confident man in other areas of his life. A WIN-WIN for femdom role-play scenarios then J

Respect to judgments, decisions, and abilities.

Men need women to value and trust their opinions and decisions, even if they do prove to be wrong at times! I am sure if you were to ask a woman, the majority will have experienced being lost in a car, with a man at some stage in their life! Again, due to their stubbornness in not asking for directions! God, it is so annoying when they are wrong at times, but it does not mean for is to question every decision men make, That means not constantly questioning knowledge such as “Why do you say that?” I am a guilty culprit and do it all the time… it’s a female thing I guess. We are all so bloody patronizing at times. My naturally investigative side from journalism sometimes doesn’t help either lol

Respect should also be paid and remembered for abilities. They do not want to hear “You can’t fix that, I’ll call an expert.” No guy wants to be shot down before even given the chance. Domination eliminates this questioning as you are told what to do, there is no shooting down before trying- only during perhaps!

support at all times

Trust him and show him he can always trust you

Trust is a funny thing in that it must be earned. If over a period of time, a husband has earned his wife’s trust, then she should fully trust him unless there is a breach of trust. When a women trusts the man in her life, she should always have confidence that he is who he says he is. This means you should be the real deal, honest, action worthy, faithful and always has her best interests at heart.