Today, In Lift and Carry Part 2, I am going to discuss the various lifts you LOVE! Giving a brief insight to the history & psychology behind each lift.

There are various kinds of popular lifts, of which everyone has their own found favorites. From Piggyback rides to shoulder rides, fireman’s lifts, rack positions, cradle carries and even pony or donkey carries. The list is endless…

What lifts can be performed however, obviously depends on the strength of the woman in question and weight of the man, to pull off each move successfully.

Many of the guys I have delivered lift and carry sessions to, have been some of the sweetest and kindest souls going. I always find it quite funny how they are very considerate and insist on me having short breaks and making sure I don’t hurt myself even though ironic it is them asking me to lift them ? Truth be known, I love it when I can amaze them with my strength and swoop them up into the air. Some guys have reversed the fun on me however, of which I’m not too sure if I agreed to be lift and carried about! I guess I got to know what it feels like, though I think I prefer my two feet on the ground.

Below I discuss the three, which I feel are most common:

After researching this lift, I was actually quite shocked to find its connection to that of Korean Culture and that in Korean films & cartoons, one of the things you will often notice in a number of scenes is that it is quite common to involve adults giving piggy-back rides to other adults. 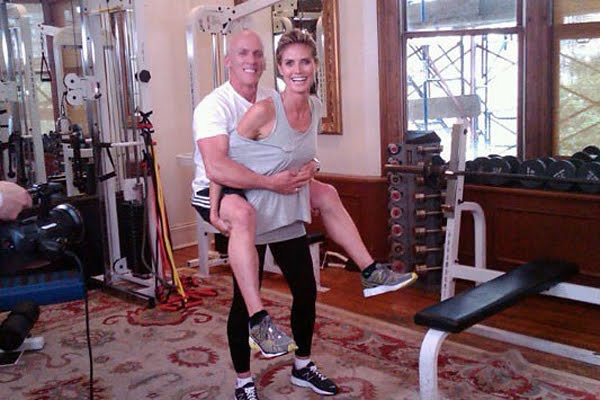 Drama Beans website examined the cultural meaning of these piggyback rides in Korean films and related it to having a romantic and perhaps sexual undertone. It also elaborated on how in Korea, there is also many references to ‘skinship” which is a made-up Korean-English word meaning “levels of physical intimacy, or more simply, touching”

To me piggybacks are playful and fun, and I can see how it is a simple gesture with romantic ideals behind it. It eliminates the need to say to someone directly you are caring, sweet and warm hearted underneath the rough exterior. The piggyback action does this all.

Some also argue that piggyback fetish’s are based on a trust and security element however the men I have meet seem to be quite content in life. When conducting sessions, what I personally have come to think is that it is about the connection that is most prevalent of which seems to be an ecstasy of entrapment in a sexually arousing power struggle. As although the person in question is being lifted can make suggestions to me on speed, lift and directions, once up there ultimately I am in control of the situation. End off- FACT! I can take you where I want, at whatever speed I want and most importantly put you down whenever I want (evil grins)?

Arguably the most famous piggy-back fetishist in the world is the American cartoonist Robert Crumb. In the documentary film of his life’s work (simply titled Crumb), it features Crumb getting piggyback rides from several women with powerful legs that were clearly substitutes for sex. In the film, one of Crumb’s ex-girlfriends claimed the cartoonist liked to receive piggy-backs in lieu of sex.

One of the most reoccurring arguments against women serving in combat we hear time and time again, is that they don’t have the upper body strength to carry a heavy male soldier out of combat. People often forget however that you don’t need much upper body strength to carry a guy out of combat. This will come as a surprise to certain people, but military is not trained to carry each other like babies and nor are fire women hence the name of this lift.

In fact, you can rescue your comrade without using your pecs and effectively sling a dude over your shoulder, without much effort! It is surprisingly easy. The only problem may be that the person being lifted, may not be too comfortable up their if they have a strong set of shoulders digging into their rib cage!

When researching the psychological element of this lift I could not find much to be honest, however for me personally I think it’s the fun factor of role reversal, going against the book and proving that women really can be strong enough to rescue you! I think it links to the heroine role play as discussed in my previous post and the excitement of being lured off to a land of mystery, afar and unknown beyond whether this even be the bedroom. Perhaps you guys can let me know why you love fireman’s lifts so much by commenting below. 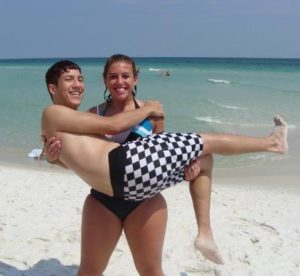 The cradle carry is the hardest lift to perform and also one the most controversial lifts with many outsiders linking it to the sexualisation of motherhood and history of being carried at birth.

Lift and Carry in Real Life

No fetish can make you a submissive person. You might like to be dominated in the bedroom but that can simply be because you are such a dominant person in the rest of your life and vice versa. A fetish cannot define the rest of your life. And even within your sexual life the label submissive can often be far too much of a simplification. There are some submissive masochists and some dominant ones. The whole thing is a blend and no one label can describe your sexual feelings.

Just because you like muscular women doesn’t make you a weirdo and likewise because you enjoy a piggyback ride or cradle carry in the arm’s of a women doesn’t make you abnormal. You may even enjoy watching videos of hot girls carrying men and be a member of a particular site to gain access to unlimited content. It is only if the figures for your memberships are starting to run into the hundreds of dollars mark or your fetish is starting to take over your life, you may want to reassess things.

If you are looking for the perfect women to be in a relationship with, where she can help you fulfill your lift and carry desires, here are some suggestions I make below to help you on that mission:

O Brother Where Art Thou Shoulders
Scroll to top