Today, I give an insight to the foot worship session. Fondling feet is certainly not something everybody enjoys. In fact some people are completely repulsed by feet. So, if a guy were to admit he enjoyed toe sucking, in front of a group of friends, he would most likely raise an eyebrow or two. This is because foot fetishes are rarely understood. Despite being one of the better-known and accepted fetishes.

I must admit, that I myself found it hard to get my head around how guys could become aroused by feet, when I first entered the foot fetish scene. Especially as I think my feet look horrible! That being said, I don’t think there is anything wrong about being attracted to feet. Often guys are asked if they are a boob or a bum man? Well some guys are just simply feet guys.

What is a foot worship session?

A foot worship session is a private real time session. Where the foot lover in question will have arranged with a foot model, mistress or perhaps even there other half, time to adorn and worship their feet. Sessions can involve a range of foot worship fun. Including tickling, nylon worship, massaging, kissing, sucking, rubbing, smelling or even foot domination.

Many names have been applied to men’s sexual love of feet. Wikipedia defines “foot fetishism, foot worship or podophillia as a pronounced sexual interest in feet.” Foot fetishism is also the most common form of sexual fetishism for otherwise non- sexual objects or body parts and is more prevalent in men than women. It is believed that Elvis Presley, pop artist Andy Warhol and adventurer Casanova had foot fetishes.

Without fail. Every guy who books a foot worship session, will ask me what size my feet are, unless they have already seen my foot size elsewhere. It appears that the individual dimensions and features of the foot appear to be critical to the podophile.

I have had guys tell me they like small feet, large feet, medium-sized feet. Thin, wide, smooth, wrinkly and even veiny feet! Small toes, long toes, thin toes, wide toes. Even the size of the second toe relative to the big toe can be important to some. 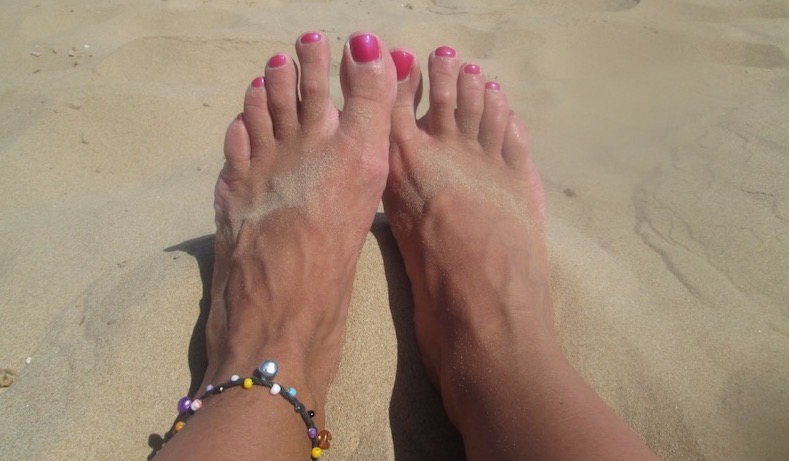 The shape of the foot also appears to be very important. As, some guys prefer girls with high arches opposed to those who are more flat footed.

In relation to the visual, there can also be sub-dimensions to the foot fetish. This includes those who are really into footwear rather than the feet itself or those that like naked feet as apposed to footwear adornments. Clients will often request items to be worn during a foot worship session. Such as shoes, boots, socks (clean or dirty) and nylons. Many just prefer bare feet, however with bare feet, often guys will have a preference for or against certain nail polish colors, with those even preferring a natural nail.

Discussing the sensory is also as important as the visual. Sensory elements can be anything from the smell to the touch of the foot.

Some guys like clean feet. While others prefer the feet to be smelly, perhaps even wearing old socks covered in dirt. If you prefer smelly feet it is maybe not the best idea to book your session first thing in the morning, but perhaps later in the day.

Preferences regarding the touch of the foot can also differ from client to client. Some like it rough while other like it soft and sensual. Those who like it rough will often ask for foot domination, incorporating elements of foot gagging, choking, smothering or trampling.

They often like the idea of you luring them in with your feet and then using them as killing implements on them. Those who prefer a softer foot worship session will often like more intimate interaction. This can involve massaging, touching, kissing, licking and sucking the feet and toes.

Why do I have a foot worship fetish?

In her sexual encyclopaedia, Dr. Brenda Love states that in relation more specifically to foot fetishism that:

“There are many reasons feet are said to be arousing. Feet are often the first part of a mother or father, which a toddler touches. Likewise, parents often play with toddlers’ by pushing them with their feet or letting them ride one of their feet”.

I do not, however, believe this to be the case with foot fetishes. Often, I have heard stories from clients connecting their childhood experiences to their wrestling and lift carry fetish development. I have never however heard anyone connect there childhood to their foot fetish.

Below are theories that I feel best reflect those who have enjoyed a foot worship session with me.

Scientist, Vilayanur Ramachandran, conducted an intensive study into phantom limb syndrome. While doing so it lead to some surprising discoveries concerning foot fetishism.

He worked with amputees who reported feeling the sensations of having a foot, even pleasure and arousal, despite the amputation.

The sections of the brain, which are associated with feet, are positioned next to the sections in the brain associated with genitalia. Ramachandran’s studies concluded that those who are turned on by feet may be experiencing sexual stimulation, because the wires in their brain linked to the feet and the genitals have become mixed up.

Ramachandran, however, could not confirm that ‘crossed wires’ are responsible for the fetish in ALL foot lovers and his study does not explain why far more men than women appear develop a foot fetish.

I found this theory very interesting and think this could be why some guys who simply have no idea why they like feet, just do.

In the 1960s researchers showed a group of men images of naked women alongside images of boots. Eventually, the men became aroused by the images of boots all by themselves. This experiment therefore suggested that our brains are capable of forming sexual associations around random objects even if no arousal impulse was there to begin with. It is therefore believed that if you are exposed to something repeatedly during times when you are sexually aroused, your brain might come to link that object with your sexual desire.

There is also some research showing people with higher sex drives are more likely to have uncommon sex interests. Dr Lehmiller believes this is because those with a super-charged sex drive will have found themselves in a state of arousal when sex with a partner isn’t possible. This means that because there is no one around to get busy with, super randy people may unwittingly redirect their sexual energy towards whatever is in the immediate vicinity.

Interestingly, another theory suggested that foot fetishes might have more to do with disgust. This is because when you are in a high state of sexual arousal, it is thought that your disgust impulse weakens. Meaning the things you would normally find repulsive e.g. feet, spit, faeces may not seem so gross anymore. It’s almost as if a heightened state of arousal changes your perception of them, making you engage sexually with objects that you might normally find off-putting.

Personally, I can see the relevance to this theory, as often men who have foot fetishes like the natural scent of feet. Many people in sessions will also often ask me to wear the oldest or sweatiest pair of gym shoes or socks I have. It is not uncommon to see mistress’s sell their old shoes online for a fee.

The Desire To Be Submissive

For many whom have foot fetishes, often they will wish they were “normal” and some may even try to deny it within themselves. Many guys do not tell their partner about their foot fetish, due in part to shame and/or to not wanting to risk alienating their partner.

Everybody has a fetish though, no matter how big or small it may be. If your fetish is not harmful to any other person, I see no reason as to why we should not try to embrace them.

I hope the above article on feet fetishes has shed some light as to why you may have a foot fetish, and if you have any personal thoughts you wish to share, I would encourage you to leave a comment below.

You might also be interested in some of my foot fetish videos available on Reality Girls and Feet Fighters. Titles : Muscle Girls Foot Mauling , Sara Lips Debuts. 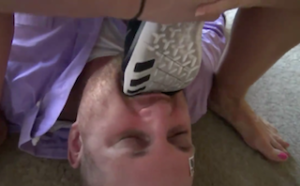 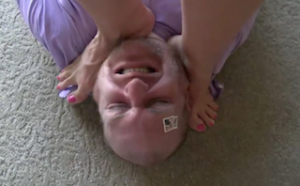